The International Community of Practice – Farming for Health is an international group of researchers and practitioners in the field of Green Care, Health Farms and other initiatives concerning special care in green environments.

From 2004 to 2010, this was an active Community where people were working, researching and meeting yearly to enhance to scientific and practical knowledge of Care Farming in general and special themes in particular. The first two years the meetings were organized in The Netherlands since the initiative was started by Stichting Omslag, Steunpunt Landbouw & Zorg and the Wageningen University. In 2006 the Community got together in Stavanger, Norway. In 2007, there was a meeting in Ghent, Belgium. The latest meeting was in Pisa, Italy in 2009. The meeting of 2011 in the United Kingdom was cancelled, unfortunately, and since then no other meetings have taken place.

Information about these possibilities and the publications that resulted out of the meetings can be found on the website mentioned below. 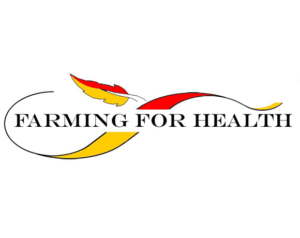